Let us know today about the spiritual journey of Umrah. As you all know, for the last 2 years, Saudi Arabia has banned Hajj and Umrah for those passengers who came from other countries of the world so that the epidemic can be avoided. But Alhamdulillah, all of you will be very happy to know that now this ban has been removed by taking some precautionary measures, and now, inshallah, you and all of us can go perform Umrah Mubarak.

Know all about Umrah Packages from India, we IMAD Travel,deal with all economical, luxury, custom Umarh packages and Umarh Visa Services – Contact Us on 9959777776, for details.

In this blog, I will try to cover every detail of Umrah rituals and explain everything regarding Umrah packages 2022. Let’s dive in quickly…. 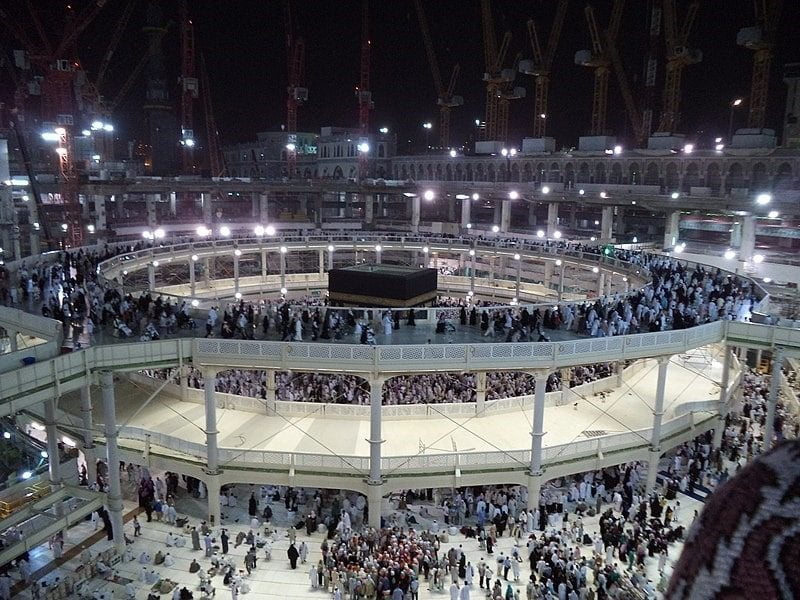 Umrah literally translates to “to go to a populous place.” It’s not easy to come up with the ideal Umrah definition. In a nutshell, it is a pilgrimage to Allah’s abode, the holy Kaaba in the holy country of Makkah. That is how the majority of people understand it. One of Islam’s five pillars, the Hajj, is well-known. Thousands of Muslims travel from all over the world to Makkah to visit the Great Mosque of Makkah (Masjid al Haram) and perform various religious rituals and devotions prior to the pandemic.

However, for those who execute Hajj with the purest intentions and entire devotion to Allah, it is a voyage that transforms one as a human. It is a life-changing experience, second only to Hajj, the ultimate pilgrimage, which is also undertaken in Masjid Al Haram in Makkah.

Every year, thousands of pilgrims, known as Mu’tamars, choose to undertake the non-obligatory Umrah trip. Pilgrims will have a blissful experience on their spiritual journey to the Islamic holy cities of Makkah and Madina. Muslim pilgrims seek pardon and forgiveness from the almighty Allah on this spiritually path. Despite its popularity, there are many truths concerning Umrah that most Muslims are unaware of.

As a result, simply deciding to conduct Umrah is insufficient. To have a tranquil experience and perform the sacred rite of Umrah effectively, one must be aware of all necessary details about Umrah. Furthermore, understanding the history, laws, and consequences might help one prepare for the difficult but rewarding spiritual journey ahead.

UNDERSTAND IMPORTANCE OF UMRAH IN RAMDHAN

Umrah can be conducted at any time of year, however it is recommended that it be done during the holy month of Ramadan. Ramadan will begin on April 2, 2022, and end on May 2, 2022.

Fasting during the holy month of Ramadan is considered Sunnah in Islam, and hence all men and women of adolescent age are expected to perform this ritual. Fasting during Ramadan not only cleanses the soul, but it also helps to create a deep spiritual connection with Allah. Muslims from all over the world prefer to visit the holiest Islamic sites, Mecca and Medina, during Ramadan because Allah’s messenger, Ibn ‘Abbas, once said, “Umrah performed during Ramadan is equivalent to Hajj.” It leads to spiritual development, better health and wealth, and personal development for all Muslims. Begin your magnificent journey with Ramadan Umrah package from India, Hyderabad 2022 for an unforgettable and fruitful experience.

Following a successful Hajj season last year, Saudi nationals, expertise residents, and foreign pilgrims have been able to perform Umrah. What about Umrah 2022? Will the Saudi authorities impose new limitations and guidelines?

The Ministry of Hajj and Umrah has released new rules and regulations for Umrah performance as of January 2022. The Ministry of Religious Affairs has stated multiple times that Umrah for international pilgrims will not be closed again. With the emergence of the Omicron variety, however, the required preventive and safety measures will be strictly implemented to safeguard everyone’s health and security. Foreign pilgrims will be allowed to participate in the Umrah, according to the Ministry of Hajj and Umrah. According to the notification, foreign pilgrims must receive a vaccination certificate from the competent authorities in their home countries and submit it with their application.

HOW TO PERFORM UMRAH 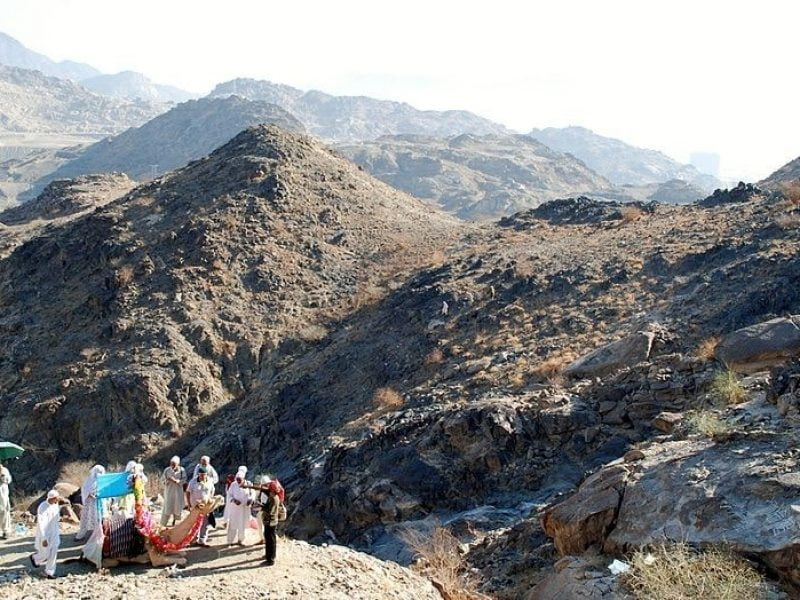 In contrast to the Hajj, Umrah is a voluntary religious requirement that Muslims can do at any time during the year. In Islam, Umrah is extremely important and significant, as Prophet Muhammad did four Umrahs during his lifetime. Umrah is a Muslims pilgrimage to Makkah, the holiest city in Islam. Umrah means “to visit a populous place” in Arabic, and in Sharia it means performing Tawaf around the Kabaah. Umrah is regarded as a means of purifying one’s soul of previous misdeeds, which is why it is highly recommended and rewarded. If you are physically and financially capable, Islam advises you to undertake Umrah more than once since it cleanses you of all your sins from the last time you completed Umrah. Allah SWT protects people from poverty who devote their income and time to performing Allah’s deeds because they spend their money solely for Allah’s sake. We can appreciate the significance of Umrah through its various benefits, as Prophet Muhammad stated that completing Umrah during the Holy Month of Ramadan is equivalent to performing Hajj with Prophet Muhammad. Umrah, like Hajj, is said to be the best deed one can do to please Allah SWT. Every Muslim brother and sister’s greatest wish is to perform Umrah. Thousands of Muslims from all over the world visit the holy city each year to repent for their sins and to receive as much blessing as possible. To undertake Umrah, everyone must complete the procedures in the correct order, as performing Umrah without completing all of the requirements is not acceptable.

UNDERSTANDING UMRAH FACTS IS MERELY THE BEGINNING OF REALIZING THE IMPORTANCE OF UMRAH. 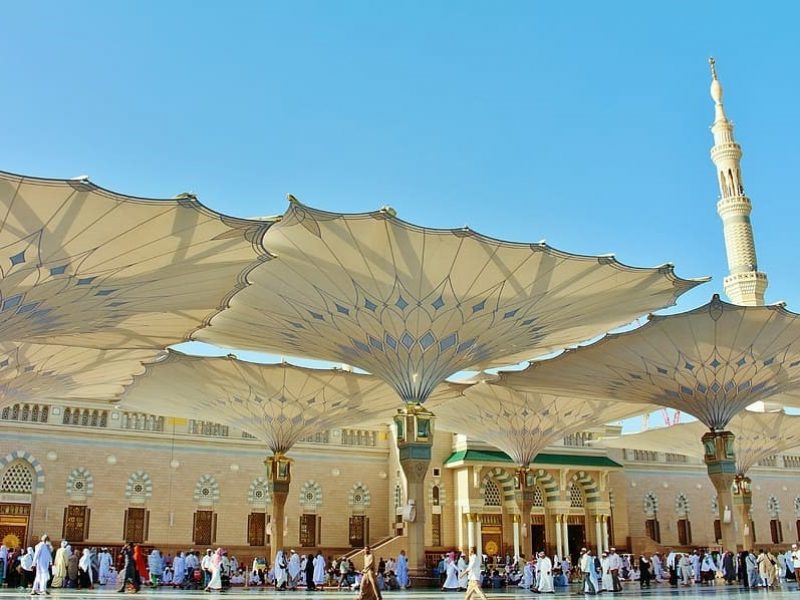 SO, LET’S GET STARTED…

To accomplish Umrah without making any amateur blunders, it is necessary to be aware of several key facts concerning Umrah. The pilgrims’ journey would be more fulfilling and satisfying if they understood these principles. To learn more, look through the most common Umrah facts given below.

WHEN IS THE BEST TIME TO PERFORM UMRAH?

If you are thinking about doing Umrah, as many Muslims do in their lifetime, one of the most confusing issues you may have is when you should go. Not only in terms of your age and current life situation, but also in terms of the finest time of year to begin on this holy journey. This is not a task to be taken lightly, and it takes considerable planning. As a result, it cannot be a hurried or last-minute arrangement. For some, this is a once-in-a-lifetime occasion, and they spend years, not months, perfecting both the arrangements and their personal state of mind.

HOW DO I PERFORM NUMEROUS UMRAHS?

Multiple Umrah has no validity in the Sunnah of the Prophet or in the conduct of His companions (R.A). However, one can undertake Umrah for someone who is unable to do so, such as a deceased person, a sick or elderly person who is unable to perform Umrah on their own, or for the fulfilment of a vow. Multiple Umrahs are not recommended since they cause hardship and lead to many pilgrims skipping Fardh prayers due to overcrowding. Pilgrims who repeat the Umrah can be compared to someone who prays the Sunnah of Fajr prayer and then decides to stand up and repeat the Sunnah numerous times while waiting for the Fardh prayer, or someone who chooses to say the Witr prayer again after Ishaa. It is preferable to perform one Umrah with complete dedication over performing numerous Umrahs.

Are you looking for the best company in city that offers the best umrah deal? ‘IMAD Travel’ is the answer to your prayer. IMAD Travel for Umrah is one of the best travel agencies in Hyderabad, offering best prices and luxury, economical packages to travellers who desire to visit the holy Kabaah for many years. Though we have several deals to offer our customers, the greatest of them is you can see the best package that ‘IMAD Travel for Umrah’ has to offer.

ARE YOU PLANNING A TRIP TO THE HOLY LANDS?

Then you’ll need to add an extra day or two to your itinerary to see the most breathtaking sights and attractions in Makkah and Madinah. The following list will provide you some recommendations for Makkah and Madinah’s must-see attractions. You might also wish to visit some of the nearby cities to see what else there is to do and see.

It is a cemetery where the majority of Prophet Muhammed’s relatives, including his mother, grandfather, and Al Saydah Khadijah, are buried. It was built long before Prophet Muhammed was born, and it still stands today. However, because many of the landmarks have been damaged, the region now just contains stones that mark the locations where the bodies were buried. The majority of visitors come to pay their respects to the deceased. It is constantly open and does not charge entry.

This is also known as the Hill of Enlightenment, because it is here that Prophet Muhammed went to seek Allah before receiving the message, and it is here that Saydna Jabriel first appeared to Prophet Muhammed. Make sure to bring lots of water with you, and go in the afternoon or at night to escape the heat and harsh sunshine in the mornings.

It is regarded a Miqat because it is where Saydah Aisha began her Ihram on the roadway between Makkah and Madinah. It is also known as Taneem Mosque, and there are numerous vendors selling Ihram clothing and other Hajj and Umrah-related products.

There is a cave there where Prophet Muhammed and his companion Abu Bakr Al Sedeeq hide from their enemies for three days. A spider web was formed at the cave’s entrance as a blessing from Allah, and a dove placed its eggs in front of it. It’s a long and exhausting journey, but once you reach the top and see the view, you’ll forget about everything and praise Allah for the beauty all around you.

More than 100 artisans work here to turn 670 kg of silk into Al Kaaba Kiswa, paying close attention to every detail, from the outer black lining to the inner green cover, the typography printed in gold and silver threads, and the exquisite designs. Sayedna Ibrahim was the first to place the Kiswa, and it is still replaced every year before the Hajj season. Every Saturday, Monday, and Wednesday from 9 a.m. to 12 p.m., you are welcome to come see how the artists do it.

Umrah is a spirituality and discovery ritual. In which the presence of Allah and obedience to His commandments drive our state of mind. Rules and regulations are constantly changing in today’s world news, particularly in Umrah news. As a result, we, at IMAD Travel, took on the obligation of presenting accurate, new updates collected from authoritative sources once they were provided.

Additionally, Individuals who have been completely vaccinated with the following WHO-approved vaccines but have not yet received a booster shot may also enter Saudi Arabia for brief visits, such as completing Umrah and Hajj.

When tourists think of international vacation packages from India, Europe Tour is the first location that comes to mind for two-third of them. When it comes to Europe tour package Paris, London, Switzerland, Spain, Italy, Amsterdam, Austria, and Croatia are among the most popular destinations.          Due to its diverse landscapes, weather, and history, Europe […] Are you looking for the best tour package, the best value for money, and a once-in-a-lifetime journey from Hyderabad, India? Imad Travel is one of the best places to go for international trip and domestic travel,  Umrah tour, visas, and plane tickets. IMAD Travel, a travel agent from Hyderabad, which is near you, designs holiday […]