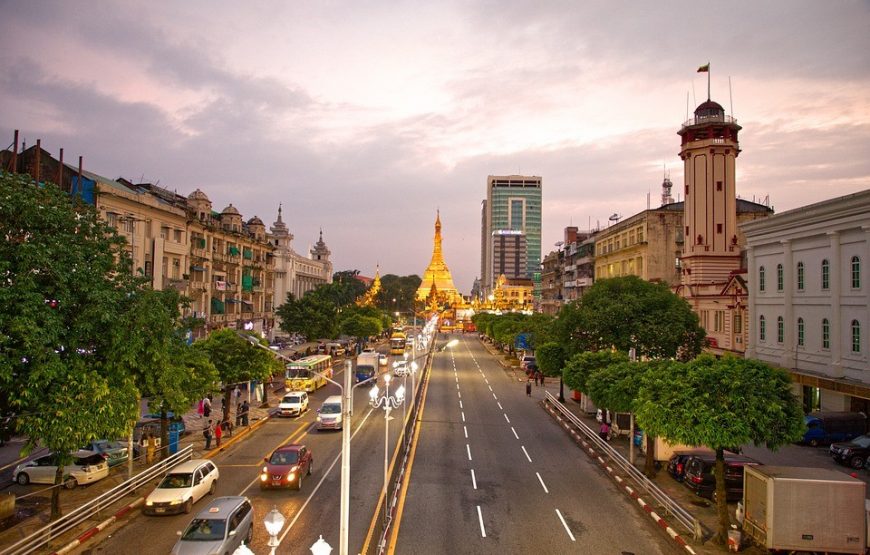 You can start by looking at Myanmar tour package deals. This is the first step to learning about a place that has a lot of Buddhist sights and a lot of different ethnic groups, but that also has a lot of modern things going on. This country isn’t just known for having a lot of teak and bao. It has a huge number of stupas, many of which can be found in the city of Bagan alone. Whether you’ve been to Myanmar five times or not, you’ll want to go back. The gilded pagoda of Shwedagon and the rural life that looks like a History Channel documentary make this country interesting and thought-provoking.

The history of Myanmar is very complicated, and it has a population that has been shaped by its neighbours, like India, China, Bangladesh, Laos, and Thailand. This makes for a country that is rich in culture, ethnicity, and natural beauty. There are a lot of Myanmar tour packages out there, but only a few that really show off the country’s unique geography and culture, which is based a lot on its ethnic values, as well. If you’re in Yangon, one of the country’s biggest cities, or a smaller area like Bagan or Sagaing, you’ll see a lot of trishaws on the streets. In the countryside, you’ll also see horse and bullock carts. Experience a tea drinking culture that is a nod to the British colonial era, but in everything you do in Myanmar, you can be sure that it will be real. When you arrive, you'll be greeted and taken to your hotel.

This afternoon, we'll go on a tour of the city centre, which is full of old and colonial buildings, both by car and on foot. Sule Pagoda is a temple that dates back 2200 years and is surrounded by government buildings and shops. We'll first go to see it. People go to Mahabandoola Park, which is where the Independent Monument is, as they make their way. By now, you should have passed City Hall, a little India, and a little China. End your day at the Shwedagon Pagoda, which is one of the world's most beautiful places. Enjoy the best views of the golden stupa from this spot. Overnight. This morning, you'll go to the airport to fly to Bagan. At the top of a temple, you'll have a magnificent sight of the Bagan plains, and you'll begin your trek.

After that, we'll go to the Shwezigon Pagoda, which was built in Myanmar style in 1087 and is made of gold. Gubyaukgyi, a cave temple in Wetkyi-Inn Village, is known for its beautiful jataka mural paintings and the elegant Htilominlo Temple, which is known for its fine plaster carvings and glazed stone decorations.

The afternoon starts with a visit to a traditional lacquer ware workshop, where you can see how one of Myanmar's best-known handicrafts is made. Continue to Ananda Temple, one of Bagan's best-designed temples and one of the most beautiful in the city. Ananda was built in the early Mon style, and it has two Buddha statues that look different depending on how far away you are from them.

Thatbyinnyu, the highest temple in Bagan, Dhammayangyi Temple, and Sulamani Temple are all places you'll go. This temple has an upper terrace where you can see a beautiful sunset over the plains. You can go there to see it. Overnight. During your trip to Bagan, stop by Mt. Popa, an extinct volcano that stands 1518 metres tall. To worship are the 37 Nats, Burmese spirits who lived in the past. This shrine is dedicated to them. (Climbing is optional!)

There is a one-hour drive to Bagan in the afternoon. During our trip, we'll stop in a small town where palm trees are used to make wine and syrup. Take a look at the amazing production process. Then, drive to your hotel, check in, and take a break. Overnight. To go north this morning, take a plane and go to Mandalay. Mandalay is the cultural centre of Myanmar. The first place we'll go to when we get there is called Amarapura, which means "City of Immortality." Also, go to a silk-weaving workshop that makes beautiful handmade goods. Then, go to Mahagandayon monastery, where more than a thousand monks live.

Mahamuni Pogada is a 13ft-high seated Buddha image that is one of Myanmar's best-known. We'll go there in the afternoon, and we'll look at the Buddha. The first stop today on our way to the city centre is Ava, one of the ancient towns and a remarkably rural backwater of vacant fields sparsely studded with widely separated ruins, monastery structures and stupas. We'll continue on to the city centre after that. Explore Ava by plodding horse cart, stopping at BagayaKyaung (a magnificent teak monastery), Maha Aungmye Bonzan monastery (a royal monastic temple built of stucco-covered brick), and Nanmyin monastery (built of stucco-covered brick) (a leaning watchtower of Ava).

After lunch this afternoon, you will embark on a road trip to Sagaing, which will include a crossing of the Irrawaddy River. Sagaing is known for its countless white-and-gold stupas, which are a sight to behold. We'll also pay a visit to the local market in Sagaing, which is a typical Burmese market that few visitors see. You will discover a variety of products for sale here, including pottery, silver, and other handicrafts created in the area. We will also visit a tiny pottery village where we will be able to observe the process of creating the ubiquitous water pots that can be found all around Myanmar. Overnight.

After breakfast, you will be transferred to Mandalay International Airport for your trip to Heho. From Heho, a one-hour beautiful journey takes you to Nyaung Shwe, the village that serves as the entryway to Inle Lake. Take a break along the road to the wooden Shwe Yan Pyay Monastery, which is a magnificent ancient monastery with oval-shaped windows, and take some photos. Also included is a brief stop in Nyaung Shwe for a quick tour about town and a visit to the colourful market, if one is taking place on that particular day.

When you reach the shores of Inle Lake, you will board a private motorboat that will take you out to Inle Lake, one of Myanmar's most beautiful sites. Pass through communities erected on stilts above the lake, witness the leg-rowing fisherman, and have a look at their floating gardens, which are constructed from water-stained strips. Visit the Phaung Daw Oo Pagoda, which is 800 years old and notable for its five Buddha sculptures that have been coated in gold leaf. Investigate the traditional crafts of Inle Lake by visiting the weaving village of Inpawkhone and a cheroot factory, where the traditional Burmese cigars are created by hand in small batches. You might be able to squeeze in a quick stroll through one of the lakeside communities if time allows. Overnight. After breakfast, take a stroll around the lake to see the morning market. The market rotates its location throughout the lake's communities on a five-day cycle, and it is frequented by lake residents as well as hill tribes from the surrounding area who come to sell and exchange their items. (Please keep in mind that the market is open every day except on dark moon and full moon days.)

Continue along a short canal that leads to an Indian village populated by ethnic Padaung people from the middle of the lake ("long neck women"). You'll be walking along a covered lane with a thousand pagodas lining both sides of it.

Following a lengthy covered staircase, you will reach the majestic Alaung Sithu complex, which is set in a lovely landscape of ancient stupas hidden in lush greenery with an incredible 360-degree panorama of Lake Inle.

This afternoon is free for you to relax at your hotel. Spend the night on Inle Lake.

Following breakfast, travel to Heho Airport for a flight to Yangon, where you will be met and transferred to your hotel upon arrival.

On today's itinerary, you'll go to Bogyoke Market, formerly known as Scott's Market, where you may shop through a diverse assortment of Myanmar handicrafts and other things (Note: closed on Mondays and public holidays). After that, you will be transferred to Yangon International Airport in order to catch your trip home.

Myanmar (Burma)
The United States dollar continues to function as an alternate currency that is virtually totally interchangeable with the Vietnamese dong. Many rates, particularly for hotels, tours, and costly restaurants, are still quoted in US dollars, despite the fact that you can pay in dong in many instances. Make sure you always have a supply of little bills on hand so that you don't have to worry about running out of change.
It is important to note that the climate and temperature in Vietnam are highly variable and vary from one place to another. At certain times of the year, the climate in one region may be favourable while the climate in another may be unfavourable. You can inform us about your interests so that we can better advise you on excursions that are appropriate for you.
In major cities, you can exchange cash and travellers' checks at large hotels or at approved foreign exchange institutions located in central locations. The number of approved foreign exchange banks outside of the main towns and tourist areas is limited and dispersed. You avoid running out of money when venturing off the usual route, make sure to bring adequate cash.
Myanmar/Burmese is the official language, however there are numerous regional and minority languages and dialects spoken as well. All of the big hotels offer services in English. Basic English is also commonly spoken throughout the country, particularly in urban areas.
Tipping is popular in Myanmar and is greatly appreciated by the locals. Tipping is completely voluntary and should be used to reward employees who provide good and satisfied service. In most cases, major hotels and restaurants charge a 10 percent service tax on their invoices.